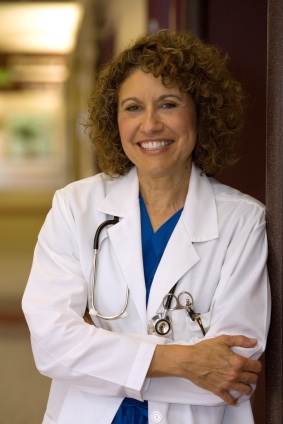 One would think that giving good news or a good prognosis shouldn't be an issue. Right?

In most cases that's probably right, but there are hazards. The most important thing to remember is to avoid being overly optimistic.

Consider the case of a 70 year-old healthy man developing a small skin sore on his wrist. He makes an appointment with his doctor who gives him an antibiotic and reassures him that he'll be fine. One week later the patient is dead from overwhelming Streptococal septicemia and the family is wondering - What happened?!

I can't tell you how many times I have been too optimistic about a prognosis only to regret it later - not that anything was done incorrectly, but sometimes you just can't foresee all the potential complications that can occur in the course of taking care of patients. You always should try to look ahead and determine what the potential risks are and try to prevent them, but in many cases things happen that you have very little control over.

For example, you may have a 30 year old patient in the hospital for bronchitis or pneumonia. This should be fairly straightforward. He doesn't really want to be in the hospital and you promise him that he'll be home in 2 or 3 days. As you're treating the pneumonia, you anticipate that his decreased activity in the hospital might increase his risk for thrombophlebitis so you put him on low dose subcutaneous Heparin to prevent this possibility. He then develops an upper GI hemorrhage, so you have to stop the Heparin. 4 days later, he complains of chest pain and his workup reveals a pulmonary embolism. This is not going well, and your patient who is now short of breath on his way to the ICU is reminding you of your "promise".

So, the first rule in giving a good prognosis is to never promise anything; and the corollary is never guarantee anything.

You can say it is likely that everything will be okay if that is true, but if there are potential risks that you are aware of, it would be good to spell them out so that people know you're thinking about them and are doing everything you can to prevent them. You may want to let them know that even though you're not expecting any problems, it's impossible to predict everything.

What about just telling a patient with abdominal pain that his tests are all normal and therefore, he doesn't have cancer. This is another one that may come back and haunt you, because 3 months later you may find out that he's gone to another doctor who found that he has pancreatic cancer that you "missed" because it just wasn't big enough to show on the original scan that you did.

What you can say after your initial workup is that all the tests are normal and based on the results of these tests at this time, there does not seem to be any indication of cancer presently, but we should continue to follow you closely.

Overall, good news is relatively easy to give, patients are happy, and that makes us feel good. Just be careful not to be too optimistic or overly reassuring which may make you look bad later.

From "Good News" to "Communication"

From "Good News" to "HomePage"